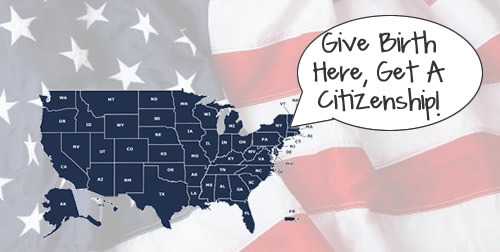 As many of you have heard, Trump is talking ending birthright citizenship.  Have you heard about Jus soli?  It means “right of the soil.”  How well do you know the 14th Amendment?  Well this is what it says:  “All persons born or naturalized in the United States, and subject to the jurisdiction thereof, are citizens of the United States and of the State wherein they reside.”  Do you know what it means?  What was going on during that time that it had to be written?

Well when the 14th Amendment was ratified there were freed slaves.  The problem is, though they were freed, they still did not have the same rights as the white man.  This was intended to override the Dred Scott decision, which said African Americans were not citizens and did not have the same rights.  This is what brought the Civil Rights Act of 1866.  This act said that “all persons born in the United States were now citizens, without regard to race, color, or previous condition.”  This was a decision by congress to override a veto by President Johnson.  This was also the first time congress ever overrode a veto by a president.

This was also what brought the 14th Amendment. which is a reconstruction amendment.  Basically the 13th Amendment freed the slaves, the 14th made them citizens.  Now you have to realize that when these documents were written, this was in reference to SLAVES.  At that time there was no issue with illegals crossing the border, popping out 10 kids, collecting money that we paid into the system, and using that as a reason to be allowed to stay in our country.  Why do I believe something needs to be done about this?

Well for starters, there is a difference in being taken as a slave, removed from your homeland, brought to another country AGAINST YOUR WILL, and then being set free years later and being told well your free but sorry you are not and never will be a citizen.  The people who cross our border COME HERE, they aren’t brought here against their will.  They are coming to use this country and our benefits to make money, send back to their country, and live off what we have invested in for years to help us when we need it.  We are depleting our resources very fast.  Our SS is dwindling, it cost so much to take care of all these illegal’s children (food-stamps, Medicaid, etc) and giving them an education.

Countries that give birthright citizenship

There are a lot of countries that changed birthright citizenship in their countries.  Why shouldn’t we?  To me, it basically encourages people who want to live here to come over here illegally, spit out kids, then stay because they have kids that are “American.”   Most countries, not all, are jus sanguinis (right of blood).  They stopped Jus soli in order to discourage illegal immigration.  Why can’t America be jus sanguinis?  Should it not be a right given to LEGAL citizens.

Do you realize how much money we spend on illegal immigration each year?  The Federal government spends about 45+ billion dollars on illegals and their US born children.  That is a lot of money.  Who is paying this?  YOU ARE.  That is a lot of money to spend because someone decided they didn’t like where they were living and decided to just walk across the border for a “better” life.  They are doing this 1.  Illegally and 2. At our expense.  It has to stop.  We will drown if we do not do something about this.

I have been saying for a few years that something needs to be changed to discourage illegal immigration and I have said it needs to start with the 14th Amendment.  I too agree that it would discourage, it not them coming here, it would discourage them coming over and having a buttload of kids that legally bind them here.  I think there is a way to amend or change the 14th where it covers legal aliens with a greencard, who spent a lot of money to get over here, as opposed to handing these illegals a right they do not and did not earn.

The original meaning of the 14th as I stated above had to do with slaves, not illegals.  It needs to be rewritten or adjusted to mean just that.  If at least one parent is NOT  legal citizen of the US then their children should NOT be American and should have the same rights as their parents…. NO RIGHTS.  I am behind this 100%.  If something doesn’t happen soon, we will no longer be America, we will just be a country that everyone comes to to “live a better life” while its citizens pay for them to have said life.  I am not willing to pay for someone who chose to broke the law to do that.  Are you?  What would you propose to fix said problem?  If you enjoy paying for all these illegals, then please by all means, remove your walls around your home, take off your front door and take them in, but don’t expect me to pay for it.

There was an error retrieving images from Instagram. An attempt will be remade in a few minutes.