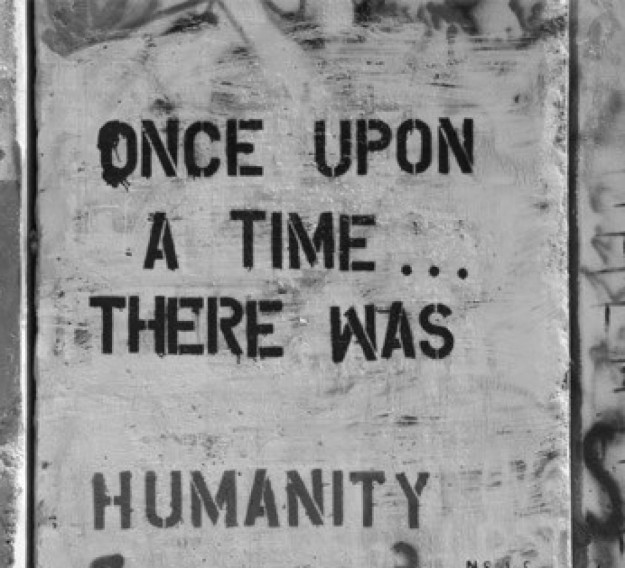 I was approached by a friend the other day who asked me a question.  He asked me what was my take on “how important humanity is to the world and the earth.”  Well after giving this a lot of thought, I decided to write what I could on it.  First of all, lets tackle what exactly is “humanity?”  Dictionary gave a definition of: the human race; human beings collectively.  So now how to answer my view about how we, the people, fit into this huge round ball we call earth.

When I think of humanity, what comes to my mind is how we treat each other.  Are we compassionate with each other?  Do we try to lend a helping hand to people who need help?  Do we care about things around us, including things happening on this world we live on?  Now while I do not believe in “climate change” I do believe there are things that we should do to help sustain, to help feed us, to help the animals that also share this world with us.  I believe as far as climate change that the world goes through cycles.  I remember as a child it was a lot colder, we actually had all 4 seasons instead of like now where its either cold or hot.  Do I think that is permanent?  Hell no.  I think the earth’s rotation determines how cold or hot it is.  It has been scientifically proven that we have had ice ages since the original big ice age, but they were not as drastic as that one was, apparently one happens every so many years, we just do not notice because it isn’t as bad as the big one was.  Do I think that farting cows are going to do us in some day? Nope.  I think this whole thing is something that the left is trying to use as a tool to get more voters.

When I think about humanity and the world, I think that we need more compassion, we need to help people.  Does that include people who just do not want to help themselves?  Call me selfish, but honestly you get what you give.  You do not want to help anyone but yourself then hell no I do not want to help you.  I was watching TV the other night, “The Good Doctor,” and on the episode there was a guy, he saw a girl being attacked and he decided to help her.  In the end the guy helped the girl, but at the same time lost half his face, basically his whole jaw was shattered by the aggressor.  The guy did not lose his sense of humor, even after being told that he may never speak again, may never eat again, instead he laughed and said (on a white board of course) he needed to lose weight anyway.  When asked why he did what he did, he said someone had to do it.  That is humanity to me.  You see someone being hurt, you see someone in trouble, and no matter what, you step up and try to save them.
What would happen if all humanity stopped doing things like that?  Would the world fall apart?  Honestly, in my opinion, I think that it would be everyone for themselves, kind of like anarchy, a dog eat dog kind of world.  For this world to sustained goes way further than just treating the world right, it also goes as far as taking care of animals that cannot help themselves, plants that need help growing, and people who need help to survive.  We have to have a heart, we have to have some type of compassion for the other people who are also just trying to get through the day.  We have to love our fellow human.  When we stop loving each other, stop trying to understand each other, stop trying to give a hand to those who need it, this world will eventually die, at least as we know it. 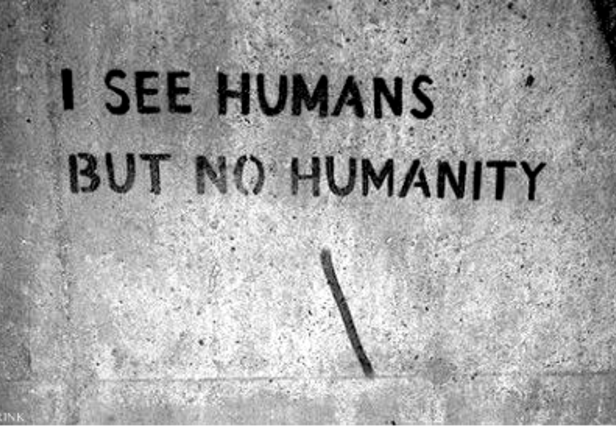 I see nothing wrong with volunteering to help others, there are a lot of services out there that take volunteers, so go do your part.  If you see someone fall, help them up.  Ask your neighbor what they need, how can you help them.  It should not be about you, it should be about the other humans, the weaker humans that need a hand.  Volunteer at the hospital, help the sick.  Build houses for humanities (I have always wanted to do that and will seriously have to check it out now).  It should never be totally about you, but you fellow man.  Without love and compassion, this world will fall apart and it will be a dark lonely place.  We need to preserve humanity, not the climate, it will take care of itself.  We have lost humanity, not completely, there is still a chance to save it.  People are becoming all about themselves and not about the people around them.  Go check on your neighbor, see what you can do to help in your community and show some humanity.

2 thoughts on “How Can We Co-exist Without Humanity?”